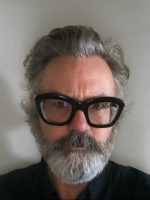 Paul McDermott is a writer and performer, but, primarily, a scribbler. He attended the Canberra School of Art (where his work and he were much loved) before he began life as a busker with DAAS (The Doug Anthony Allstars). DAAS, an anarchic musical comedy trio, gained an international audience and found success at the Edinburgh Fringe Festival, and subsequently, on British television.

The trio toured extensively throughout Britain and Australia while also working on ABC’s The Big Gig and DAAS KAPITAL, as well as Ch4’s Viva Caberat, before, surprisingly, disbanding.

Paul returned to Australia to host the popular political satire game show Good News Week (GNW). GNW produced a slew of hybrids, comedy specials, debates and MICF galas. Paul hosted and wrote The Sideshow (a concept of which he is shamelessly proud), as well as Strictly Dancing and Room 101. He most recently played the part of a quiz master on ABC’s Think Tank.

Paul’s talents extend to a columnist, radio jock, a lead in a musical, some stupid stuff, he wrote a couple of books, illustrated some others, performed in a park during the Barcelona Olympics, and is a continual thorn in the side of ennui.

The Scree won the prestigious Flickerfest International Award. The Girl who Swallowed Bees won the AFI for Best Short Film. Ghostbear won something in Russia.

Paul continues to write, perform and scribble. He most recently wrote and illustrated the, yet to be awarded, children’s book Ghostbear. 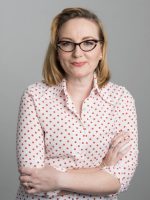 Fiona is the host and producer of SBS Australia’s award-winning Eyes On Gilead: A Handmaid’s Tale Podcast, and of movies and TV culture podcast, The Playlist.

In her role as managing editor of SBS Movies, Guide and Home page, Fiona oversees the network’s online coverage of movies and TV shows.

She is a former editor of Encore magazine, and is a past Australia/NZ correspondent for Screen International. 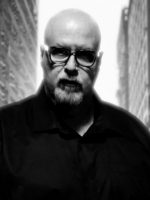 He made his first feature, Spirits Of The Air; Gremlins Of The Clouds in 1989 and in 1994 he completed The Crow, starring Brandon Lee, which went on to major critical & commercial success and bone fide cult status. In 1998, Dark City, starring Rufus Sewell, Keifer Sutherland, Richard O’Brien, Jennifer Connelly and William Hurt, has earned it’s place as a cult classic also.

In 2002 Proyas made Garage Days (2002) starring Kick Gurry, Pia Miranda and Maya Stange which was followed by I, Robot (2004) starring Will Smith, Proyas’ greatest commercial success to date. And in 2008 he completed Knowing starring Nicolas Cage & Rose Byrne which became another major world-wide success for Proyas. And most recently Gods Of Egypt (2016) starring Gerard Butler, Geoffrey Rush & Nikolaj Coster Waldau. Proyas lives in Sydney with his wife and daughter and is currently planning his next feature, The New Country and building a virtual production studio: Heretic Foundation. 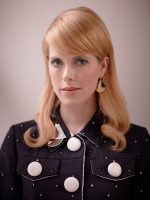 Alyssa McClelland is an Australian director and writer. Her most recent short film Second Best won the Dendy Live Action Short Award at the 2018 Sydney Film Festival, the 2019 Australian Director’s Guild Award for Best Direction in a short film, Best Short Film at Milan Film Festival, Best Foreign Film at Lake Shorts Film Festival and Best Direction in an Australian Short Film at Flickerfest International Film Festival. She directed, wrote and starred in the cult-hit web series One Step Closer To Home seasons 1 and 2, which notched up a 98% funny rating on Funny-or-Die and won the Best Actress award at LA WebFest as well as being nominated for Outstanding Direction and Outstanding Cinematography in a Comedy.

Her first short film Emilia Eckle had a successful run on the international film festival circuit and her short Nic and Shauna was a finalist in Tropfest. Alyssa is a respected commercial director signed with FINCH and Anonymous Content, and her campaigns have won many awards, including the coveted Black Pencil at the D&AD Awards and Best Direction at the London International Awards. Alyssa was recipient of the InStyle Magazine Woman of Style Scholarship for her work as a Filmmaker. She loves dancing in the dark and eating Italian food. 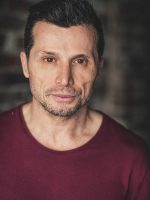 An award winning Australian filmmaker, Serhat’s films have screened at over 50 local and international film festivals, winning numerous prizes and awards. His recent feature A Lion Returns was released to critical acclaim and made it onto numerous best Australian films of 2020 lists. It also received an AACTA nomination.

His first feature Cedar Boys, won the Audience Award at 56th Sydney Film Festival, screened at many international film festivals and garnered nominations and accolades in Australia, including AWG, ADG, IF and an AACTA nomination for Best Original Screenplay. 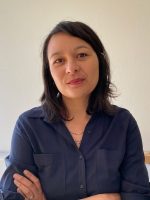 As a web series producer, Alana co-founded The Kvetch Set Sketch Collective and spearheaded the script development and production of three seasons of the online sketch comedy series The Kvetch Set, as well as directing several live comedy productions. She also co-produced Game Night, a short film adapted from one of The Kvetch Set’s live shows. Game Night was awarded Best Comedy Short Film at the Twin Tiers International Film Festival in New York in 2019, and has been officially selected for a number of international film festivals.

Alana received the Writing NSW Early Career Writer’s Grant for Home is a Foreign Country, a TV series she created and developed while undertaking the Graduate Certificate in Screenwriting at the Australian Film Television and Radio School in 2018. The series has now been optioned and is currently in development. 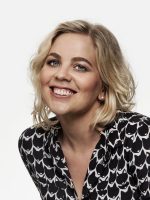 Nel Minchin is an award winning documentary director, producer and writer. Her most recent feature documentary Firestarter: The Story of Bangarra (co-directed with Wayne Blair and produced by In Films) won the Best Documentary at 2020 AACTAs, the Documentary Prize at the Adelaide Film Festival and the inaugural Change Award at the Adelaide Film Festival. Nel has also directed and produced multiple prime time TV Documentaries for the ABC – Capturing Cricket: Steve Waugh in India was a recent popular hit and before that, Making Muriel and Matilda and Me, both of which made it to the Screen Australia Top 5 most watched documentaries list in their respective years.

Alongside documentaries, Nel has worked in comedy and entertainment, most notably working for many years with Youtube comedy group Aunty Donna (now seen on Netflix) to develop and produce webseries and television pilots with them in Australia. Nel is a graduate of the West Australian Academy of Performing Arts in Broadcasting and started out her career in London working across various platforms and genres for the BBC, Channel Five and in the Google Creative Lab. 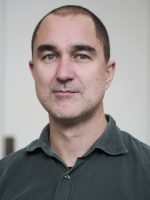 Christopher Nelius is an Australian film director, producer and writer working in advertising, documentary and drama.

His first film writing gig was a documentary about the life of surfer Ross Clarke-Jones, narrated by Dennis Hopper. Christopher developed that idea further to co-create a documentary series for Discovery Channel Asia (winning Astra and Asian television awards) and later a 3D feature documentary called Storm Surfers 3D that won multiple international festival awards including runner-up in the audience award at TIFF, and winning the AACTA award for Best Feature Documentary.

Christopher also wrote and co-directed the short drama Buoy which premiered at the Melbourne International Film Festival, and short documentary The Hammerstone, viewable on Nowness.

In 2018, Christopher co-founded The Lion’s Share Fund, a UN-backed initiative whereby brands contribute money to conservation when they use the image of an animal in their advertising.

Christopher’s third feature documentary Girls Can’t Surf, about the struggle of women’s professional surfing in the 1980s, is set to be released in Australian cinemas in March 2021. 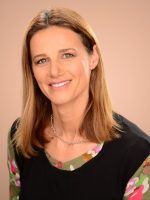 Tosca has been directing high end factual programming for the past two decades. She is celebrated as a writer and director of natural history and social documentary.

Most recently she has completed See What You Made Me Do, a series about the crisis of domestic violence in Australia, to be aired soon on SBS. She is also completing a feature documentary for release in 2021, Strong Female Lead, offering an archive powered journey through Australia’s response to its one and only female prime minister.

Tosca has also recently delivered Magical Land Of Oz to our screens – a three-part, blue chip, cross-continent natural history series for ABC, BBC and PBS. Tosca has worked across Europe and Asia but has spent the past six years in-house with Northern Pictures, collectively delivering a diverse range of acclaimed programming for Australian and international broadcasters and streaming platforms. 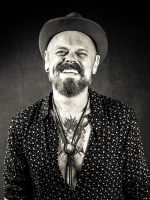 Craig Boreham is an award-winning Sydney based writer and director. Boreham’s films have screened at over 200 international festivals: including the Berlin International Film Festival, Sydney Film Festival, Cannes, Palm Springs, Frameline and Outfest. 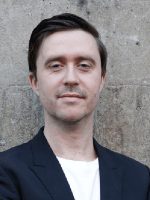 Originally from Sydney, James is the Executive Director of Frameline Film Festival in San Francisco.

Previously he was with Sydney Film Festival for 10 years. He has watched way too many festival films – hundreds every year for a decade – and can recommend you some really good ones.

He also was Festival Manager for 4 years of the Mardi Gras Film Festival, one of the top 10 largest LGBTQ+ film festivals in the world..
.. 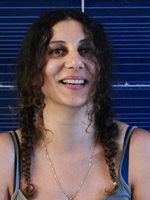 Melissa Anastasi is an award-winning Cypriot-Australian filmmaker from Sydney, Australia. 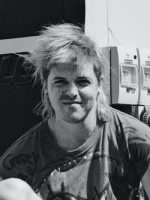 Jen Atherton is a filmmaker and co-creator of Garden Reflexxx, a media art group that produces resourceful cinema and exhibition spaces for queer, D.I.Y filmmakers.

They host FBi Radio’s Movies, Movies, Movies with their partner André Shannon and their event Garden Reflexxx spotlights local talent alongside well-known international filmmakers. Jen’s film criticism has featured on ABC’s The Mix, in Sissy Screens, and at Rough Cut. 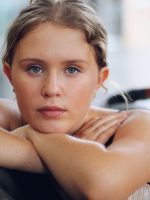 Australian actress Eliza Scanlen appeared as Amma Crellin opposite Amy Adams and Patricia Clarkson in the critically acclaimed HBO series Sharp Objects, based on the novel by Gillian Flynn. Directed by Jean-Marc Vallée (Big Little Lies) and written by Marti Noxon, the eight-episode series aired on HBO in 2018 and was a multiple award winner, including at the Golden Globes. Eliza was included as one of The Hollywood Reporter’s “10 Rising Television Stars” that year.

In 2019 Eliza filmed Greta Gerwig’s Little Women alongside Meryl Streep, Emma Watson, Saoirse Ronan, Laura Dern and Timothee Chalamet, the leading role in Australian feature Babyteeth alongside Ben Mendelsohn and Essie Davis, which had it’s debut at the Venice Film Festival and The Devil All The Time with Tom Holland, Robert Pattinson and Mia Wasikowska.

Eliza made her main stage debut alongside Mia Wasikowska in the Sydney Theatre Company’s The Lord Of The Flies followed by her Broadway debut in To Kill A Mockingbird opposite Ed Harris.
In 2016 Eliza played a recurring role in Home & Away and filmed the title role in Grace, an award winning short film for Causeway Films which has screened at numerous festivals around the world.
Eliza has just completed filming M Night Shyamalan’s Old, due for release in 2021. 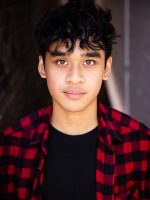 Marvin is a Sydney-based actor whose love for acting and admiration of the craft began brewing in his younger teenage years. He has trained notably in the Young Actors Studio (2018) at the National Institute of Dramatic Art (NIDA), as well as other institutions such as the Australian Theatre for Young People (ATYP) and The HubStudio.

Marvin is best known for his role as Galahad in the children’s TV drama The Gamers 2037 on the Nine Network. His other screen credits include the short film Upside Down (AFTRS). Marvin’s stage credits include Intersection 2019: ARRIVAL (ATYP) at Griffin Theatre Company and Bird (Secret House) at the Old Fitz Theatre. Marvin has also dabbled in technical production as the Assistant Stage Manager for Charlie Pilgrim (Or a Beginner’s Guide to Time Travel) (ATYP), and as the Assistant Sound Designer for Bathory Begins (ATYP). 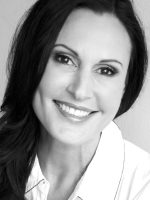 Renee is a storyteller for screen and and the traditional printed page print.

She is currently immersed in post production on a feature documentary due for release 2021 and developing a small slate of female-centric stories for screen and immersive platforms.

One of her most rewarding pursuits is nurturing emerging filmmakers at SAE Creative Media Institute. To balance the work-out her fingers get on a keyboard each day, she hits the yoga mat and chats with a sleepy possum living in a plant pot on her deck.