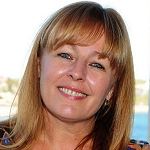 As the director of Flickerfest since 1998, Bronwyn has curated hundreds of short film programmes for both the festival, its national touring programme and many other international film festivals including The London Australian Film Festival at The Barbican. Since 2002 she has been one of the management committee members and key organisers of the International Short Film Conference [ISFC], the international body that advises on short films festivals and protocol throughout the world.

In 2002 Bronwyn founded the Flickerfest Short Film Bureau to distribute Australian short films internationally. The Flickerfest Short film Bureau now represents over 200 of Australia’s best shorts and has successfully made many sales to all known territories and broadcasters and platforms buying shorts worldwide.

Bronwyn has successfully Executive Produced 3 series of Flickerfest On Extra a short film programme dedicated to Australian short film including all online content across websites and other cross platform portals. 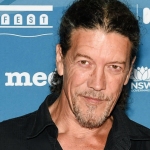 Shane has been the behind-the-scene production of Flickerfest increasingly since 2000 and is now involved in all areas of festival production, web population, technical presentation and festival photography.

Shane has also been on the Flickerfest selection committee for some years now.

He has been coordinating the National Tour since 2005, working directly with tour venues to establish dates, programme suggestions, media and online strategies and logistics that assist with all areas of tour presentation. 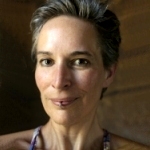 Amy completed a Bachelor of Media with a Screen major at Southern Cross University and followed it up with a Certificate IV in Screen & Media at TAFE.  From there she developed a love for making documentaries, often as a one woman show and also for photography.

She was Production Secretary on the ABC TV Series 8MMM Aboriginal Radio and has made a bunch of short films and documentaries and is always on the lookout for great documentary ideas!

Amy joined us 2016 as Administration Coordinator and returns again this year to coordinate our 2022 Festival. 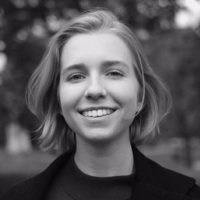 Ellen is a filmmaker who’s worked in production in advertising, Neighbours television series and Netflix.

She graduated with First Class Honours from a Bachelor of Fine Arts (Film and Television) at the Victorian College of the Arts in 2016.

Ellen writes and directs short films which have won awards and screened internationally.

Ellen joins the team for the first year as a Flickerfest Coordinator in 2022. 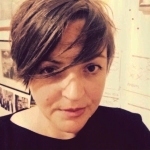 Leigh returns to Flickerfest to coordinate the 2022 Jury and program the SAE FlickerUp youth screening.

She is the co-founder of Film In Revolt, a platform for teens in Australia who want to make film, talk film and write for/about film (The revolution as arrived!) and is the founder of Film Festival Guide – Australia.

Leigh has a background in arts administration and a passion for producing community initiatives. 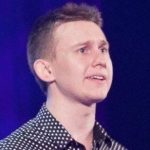 Kyle Goldfinch is a 25 year old writer and filmmaker based in Sydney who has been highly engaged working in the LGBT screen space.

He has been heavily involved in the non for profit organisation. Queer Screen, in numerous roles including general assistant, programming team and youth outreach officer for both the Mardi Gras Film Festival and Queer Screen Film fest.

In his work with Queer Screen’s programming team Kyle has viewed hundreds of short films gaining a strong understanding of the world of queer cinema as well as an extensive network within the international queer film festival circuit. Kyle Returns to Flickerfest as the marketing and programming Assistant for Flickerfest 2022. 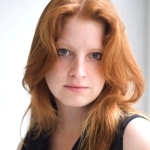 Lies is back at Flickerfest this year as programme consultant, making sure you’ll have a wonderful selection of shorts to see in January!

She first fell in love with short films when she started working at Go Short – International Short Film Festival in the Netherlands in 2009 and made sure all future jobs kept her close to the art form. 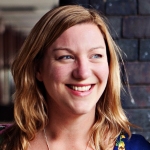 Liz returns to the International programming team. Liz has worked in the UK film industry for over 15 years starting out with roles in national institutions such as the British Film Institute and the UK Film Council. Her love of film festivals started with a voluntary position at the London Film Festival.

She then travelled to Australia to work at Flickerfest Short Film Festival where her passion for short film was born. Since then she has worked on Edinburgh International Film Festival, Animated Exeter and was the Managing Director for Encounters Short Film and Animation Festival for 5 years.

In 2013, Liz moved back to Australia to work again for Flickerfest Short Film Festival, and although returned to the UK in 2014 to have a child she still supports the Flickerfest Festival Director with the International programme selection. In 2016 Liz joined the selection committee for the Pardi di domani at the Locarno Film Festival, Switzerland. 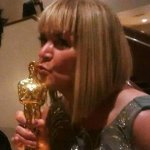 Linda Campos Olszewski is one of the most passionate and knowledgeable people in the short film industry. A member of AMPAS (Academy of Motion Picture Arts and Sciences), she has overseen acquisitions of the Oscar Shorts Theatrical/VOD/iTunes releases since 2006 and has served as an Associate Producer.

She has served on over 100 international film fest juries and panels throughout the world, offering distribution deals for iTunes, Amazon, and Oscar qualification as well as TV licenses for ShortsTV™ – The Short Movie Channel.

Linda is also an avid photographer, making pictures of the short film world. 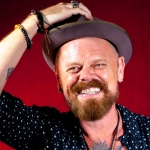 Craig Boreham is an Australian award winning director whose films have been shown at over 200 international festivals, including Berlin, Cannes and Palm Springs and Flickerfest.

A retrospective of Craig’s work, CINEMA OF TRUE POISON, was presented by Fundacion Triangulo in Madrid. Craig has been worked as a script assessor for Screen NSW and Metro Screen and has been a jury member for the Sydney Film Festival Dendy Awards, the Iris Prize in the UK and the Mardi Gras Film Festival.