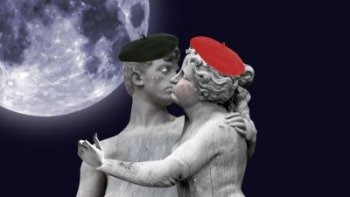 Gluteus Maximus – the man behind mankind’s behind tells the story of the humble Ancient Roman philosopher who invented bottoms in the year 23BC. ‘Glute’ as he was known by his peers, literally stumbled upon the concept during the reign of Emperor Augustus, and in doing so brought human evolution to a sit still. Its an epic tale told in a tiny scale.