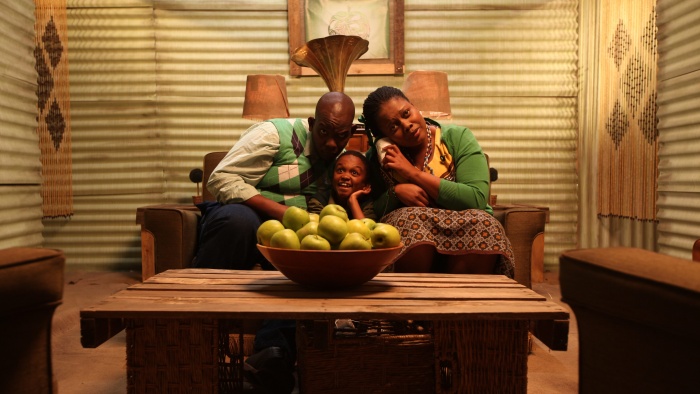 In a township in South Africa, an argument about which apple is better, the red or the green, causes the greatest divide in the towns history. A big white line is drawn through the middle of the town and everyone who believes that the green apple is better lives on the right side of town, in a green house and only wears green clothing. While everyone who believes that the red apple is better lives on the left side of town in a red house and only wears red clothing. The one rule that greens and reds do not mix is broken when Thomas a boy from the green side of town falls in love with Thandi a girl from the red side of town.