THE BOLD, THE BRAVE, THE BEST OF AUSTRALIAN ANIMATED SHORTS 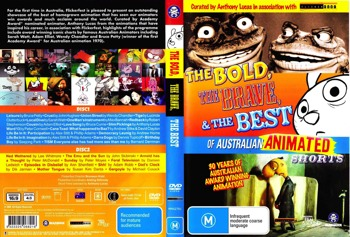 For the first time in Australia, Flickerfest presents an outstanding showcase of the best of homegrown animation that has seen our animators win awards and much acclaim around the world. In addition to the outstanding live action shorts in International Programs; THE BOLD, THE BRAVE, THE BEST will tour the nation for Flickerfest 2008, rolling into Canberra at the end of the month screening at the Dendy Canberra Centre on 22nd and 23rd of March