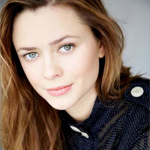 Maeve Dermody made her feature film debut in 1993 as a young child in the feature film Breathing Underwater. Moving into adulthood she has established herself as one of the Australia’s most admired and respected young actresses in her age group.

Maeve’s most recent feature film appearance was opposite Ryan Kwanten in Griff, The Invisible, directed by Leon Ford, which had its world premiere in competition at the Berlin Film Festival in 2011.

Playing opposite Ben Mendelsohn, Bryan Brown and Rachel Griffiths in the Rachel Ward directed film Beautiful Kate earned Maeve Best Supporting Actress nominations at the 2009 Australian Film Institute (AFI) and the Film Critics Circle Of Australia (FCCA) Awards. She also received Best Supporting Actress nominations at the 2008 AFI and FCCA awards, and an Inside Film (IF) award nomination for Best Actress in the same year, for her leading role in the thriller Blackwater.

In 2009 Maeve was awarded the News Limited Star Of The Year Award, and in 2009 she received a nomination for the YEN Young Woman Of The Year Awards in the Film, Television and Theatre Categories. 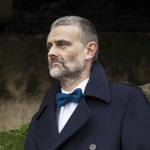 He remains Contributing Editor for VODO, Cinovate and Rich Pickings, and producer of Marketing and Distribution for the Sleep Paralysis Project. Most recently James was Chief Executive Officer of Transmedia Next, and in 2011 he directed the 65th Edinburgh International Film Festival. Prior to that he was Creative Director of Shooting People and the producer of RESFEST’s UK, Irish and Australian tours. James serves on the Boards of Encounters Short Film and Animation, Sheffield DocFest and the London Short Film festivals.

James is also an arts journalist (Rolling Stone, GQ, Scotsman, The Age) and former music industry executive (Sony Classical and Columbia, Australia). James is a juror for Soho Rushes, the Depict! Awards, the London Short Film Festival, Virgin Media Shorts, Friends of the Earth’s Green Film Competition, and the Vimeo Festival and Awards 2012. James has consulted for Cinelan, and for HBO Europe. He advises the Branchage International Film and Abandon Normal Devices festivals, and is a Trustee of Dramatic Need. 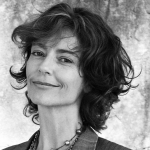 In 1981 she received a Golden Globe Award nomination for “New Star of the Year” for her role in the film Sharky’s Machine starring with Burt Reynolds. The following year she starred in Dead Men Don’t Wear Plaid with Steve Martin. Her big break came in 1983 when she starred opposite Richard Chamberlain as the lead role portraying Meggie Cleary in the television mini-series The Thorn Birds, for which she was nominated for a Golden Globe Award for Best Actress – Miniseries or Television Film. In 1984, she played Jess in the film-noir remake Against All Odds, with Jeff Bridges. After filming Fortress in 1985, Ward then disappeared from film for several years to study acting.

She reappeared in 1987 playing opposite her husband, Bryan Brown in The Umbrella Woman. In 2001, she was again nominated for the Golden Globe Award for Best Actress – Miniseries or Television Film for her role in On the Beach (2000). Also in 2001, Ward won the Australian Film Institute Award for Best Short Fiction Film for The Big House, and Best Australian Film at Flickerfest; which also won the Film Critics Circle of Australia Award, as did her 2003 film Martha’s New Coat.

In 2005, Ward was made a Member of the Order of Australia “for service to raising awareness of social justice through lobbying, mentoring and advocacy for the rights of disadvantaged and at-risk young people, and support for the Australian film and television industry.”

In 2009, she directed her first feature-length film titled Beautiful Kate. 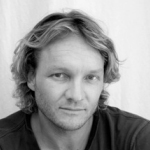 Jeremy is a popular and well-known figure in Australian artistic life. He has had a successful and acclaimed career as an actor, working in film (he received an AFI award ‘Best actor’ nomination for Idiot Box), on television (he has several Logie and AFI ‘best actor’ nominations, winning for aftershocks in 1996) and on stage, where his reputation as one of Australia’s greatest actors has been built playing roles like Cyrano De Bergerac and Hamlet to national acclaim. He regularly directs for Australia’s flagship theatre producer – The Sydney Theatre Company. He has been Artistic Director of his own Pork Chop Productions since 1995 and has directed and produced acclaimed classical interpretations and original theatrical works all around the country. Recently Jeremy has focused on new Australian works, in collaboration with Reg Cribb, enlisting the Sydney Opera House as a co-production partner. Their production of Last Cab to Darwin won many awards and toured nationally in 2004.  Last Train to Freo was Sims’s first feature film as a director/producer. It continued his artistic association with Reg Cribb. Beneath Hill 60 is Sim’s follow up film as a feature director. 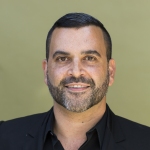 Darren Dale has been a company director of Blackfella Films, Australia’s premier Indigenous production company, for over ten years. In 2008 Darren, together with Rachel Perkins, produced the landmark multi-platform history series First Australians, broadcast on SBS to over 2.3 million viewers and accompanied by an internationally acclaimed interactive website.

Darren has also produced a number of acclaimed short films and documentaries that between them have screened at the Sundance, Aspen, Edinburgh, Toronto and Palm Springs Film Festivals. In collaboration with Emmy Award-winning UK writer Jimmy McGovern, Darren produced the ground breaking series Redfern Now with Miranda Dear. In 2013 the series has won the 2013 TV Week Logie Award for Most Outstanding Drama series and the AACTA Award for Best Screenplay in Television Drama, and received numerous nominations and accolades. 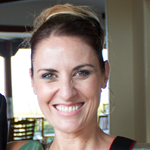 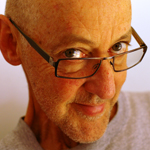 Dr Trevor Graham has worked as a writer, producer and director of documentary in the Australian industry for over 30 years. His documentaries have been screened and broadcast nationally and around the world. Graham’s most recent work, Make Hummus Not War, was officially selected for the 63rd Berlinale (screened to a sellout audience), San Sebastian International Film Festival and 20 other international film festivals. It had its World Premiere at MIFF 2012, a theatrical release in Melbourne at the Nova and Classic cinemas and won a Golden Kapok Award at the Guangzhou International Documentary Festival 2012. Graham is best known for his personal portrait of Eddie Koiki Mabo, Mabo Life of an Island Man, which won numerous national & international awards in 1997. 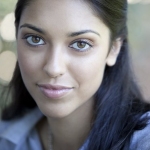 Kristy is best known as the Host of Sunday Best on ABC2. Kristy has anchored three seasons of the show, bringing 75 game changing Feature Documentaries to Australian audiences.

A Filmmaker herself, Kristy moved behind the camera after receiving a First Time Filmmakers grant from Metroscreen/Screen NSW in 2010 to make the short Dark Comedy, Something Fishy.

Kristy has been working in the industry for over twenty years and continues to move between stage and screen; she holds a Diploma in Music and has studied Acting in both Sydney and New York, she is a trained Dancer and experienced Choreographer and Teacher.

Kristy most recently starred in the Short Comedy Films, The End of Us by Sam Odlum, Love Me More by The Karacic Bros and Worm by Liam Doyle.

Kristy is a passionate advocate of Digital Entertainment and is currently developing a range of web based concepts. Kristy is the Director of Seraphic Films. 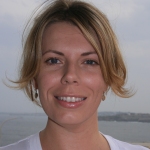 Rebecca is a graduate from the Australian Film Television and Radio School (AFTRS) and her work has screened on most major television stations in Australia, as well as numerous local and international film festivals.

She was also a nominee for the Emerging Talent Award by the Screen Critics Circle 2003 and Highly Commended at the 2009 Australian Directors Guild Awards.

Her work as director or producer include: Footy Chicks (SBS), Inspiring Teachers (SBS), Home and Away (Channel 7), The Surgeon (Channel 10), You Am I – The Cream and The Crock (DVD release), Beats Across Borders (ABC), The Space In Between, The McDonagh Sisters (SBS), A Modern Marriage (SBS), Overture (ABC).

Recently Rebecca has been teaching Documentary Production at the UTS and Sydney Film School. She currently producing The Surgery Ship for SBS and releasing I Am A Girl in Cinemas. 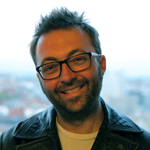 Luke began his career as a freelance photographer. He graduated from the Australian Film Television and Radio School in 2005 and in the same year won Tropfest with his film Australian Summer.

He has directed five short films including Cockroach, a 14-minute visual effects loaded film that has gone on to screen at over 30 International Film Festivals and win over a dozen awards.

In 2012 he was the series director of the landmark documentary series Great Southern Land for ABC and Cordell Jigsaw Productions. The production was Luke’s third television series and garnered him a nomination for Best Direction In A Documentary Series at the 2013 ADG Awards.

He has a number of feature film projects in development including drama, The Truth About Jack, and comedies Elvis Fundak Is Grounded and The Hoarders. 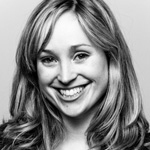 Amanda McKenzie is the CEO at the Climate Council an organisation that brings authoritative information on climate change to the Australian public.

The Council was created from Australia’s largest ever crowd-funding campaign after the previous Climate Commission was disbanded.

Amanda was previously the senior communications advisor at The Climate Commission. Amanda founded the Australian Youth Climate Coalition, an organisation representing over 100,000 young Australians tackling the climate crisis. She lead the organisation for four years and is now on it’s Board.

She is also the Chair of the Centre for Australian Progress. For her work, she was acknowledged as the 2009 Environment Minister’s Young Environmentalist of the Year amongst other accolades. 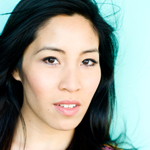 Alice has appeared in various projects on both screen and stage.

She is most known for her role as Mali in the Australian feature film The Rocket which premiered at the Berlin Film Festival in early 2013, winning a prestigious Crystal Bear as well as the Best First Feature and Amnesty International Award. 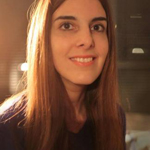 Liron Gilmore is a Film Lecture at SAE who specialises in digital imaging, film studies, video editing as well as experimental film practices.

She has completed a Bachelor of Visual Communications and a Masters of Media Arts & Production at UTS.

Liron has worked across a range of film productions from short-films to documentaries, including her own experimental film projects that she writes and directs.

She is currently working towards a PhD in the area of film psychology.