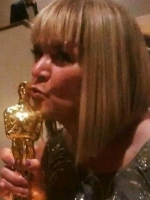 Linda Campos Olszewski affectionately known in the entertainment industry as “Linda O.” is one of the most passionate and knowledgeable people in the short film industry. A new member of AMPAS (Academy of Motion Picture Arts and Sciences) for their Short Film and Feature Animation branch’s class of 2016, she has overseen acquisitions of the Oscar Shorts Theatrical/VOD/iTunes releases since 2006 and has served as an Associate Producer. She managed the launch of shorts on iTunes for its first 5 years and has supported several films in their Oscar run which have gone onto become shortlisted or nominated including Ennemis Intérieurs, Borrowed Time, Contrapelo, The Wolf, The Jackal, The Rifle and The Boy, and Bear Story, which won the Academy Award for Best Animated Short Film. She has served on over 100 international film fest juries and panels throughout the world, offering distribution deals for iTunes, Amazon, and Oscar qualification as well as TV licenses for ShortsTV™ – The Short Movie Channel. Additional credits include Shrek, The Road to El Dorado, Prince of Egypt, Reality Bites, and The Life of David Gale. She began her career as a documentary cameraman and photojournalist in Afghanistan during the Soviet invasion and with the Totonacs in Huehuetla, Mexico. 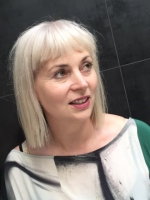 Greer Simpkin is a Producer with Bunya Productions. Since joining Bunya in 2015 Greer has produced the Ivan Sen feature Goldstone, Warwick Thornton’s Sweet Country and was an Executive Producer on Rachel Perkins’ feature Jasper Jones. Greer is currently producing TV drama series Mystery Road for the ABC, as well as a drama/documentary series Blue Water Empire. 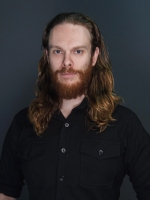 Gregory Erdstein is a director based in Melbourne. A graduate of the VCA Film School, Erdstein’s feature debut That’s Not Me was self-financed. The film had its World Premiere at the Santa Barbara Film Festival in February 2017 where it played to sold-out audiences, and was Audience Award Top 10 at bokth the Sydney and Melbourne Film Festivals 2017.

That’s Not Me released nationally in Australian cinemas in September 2017 to critical acclaim, receiving 4 stars from both The Guardian and Time Out, and will be released in the US and UK in February 2018.

His 2012 short film Picking Up At Auschwitz was part of the Flickerfest touring program in 2013. 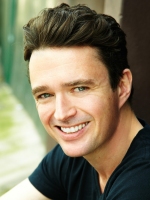 Matt Day’s film roles include the international hit film Muriel’s Wedding, Love and Other Catastrophes, Doing Time For Patsy Cline, My Year Without Sex and Kiss Or Kill, Scoop, Touch and Dance Academy: The Comeback.

Matt has also worked extensively in the U.K. including roles in the BBC’s The Hound of the Baskervilles, Shackleton opposite Kenneth Branagh, and a recurring guest role in Spooks. 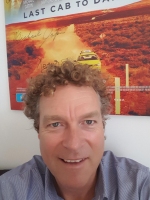 He has worked in legal, creative and production capacities on Film, Television, Radio, and Stage Productions for more than 35 years. He has produced documentaries and short films, including the award winning The Reunion (Flickerfest 1999).

Greg is presently developing a feature film with Jeremy Sims called The Line; one with Lisa Duff called Home For Lunch,  and an adaptation of Reg Cribb’s play called Boundary Street.

Greg is also a Partner of the Media, Entertainment and Intellectual Property legal practice, Frankel Lawyers, where he has been practising for over 24 years. 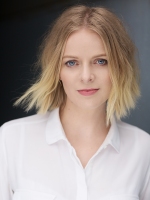 Alice Foulcher is an actor, writer and producer and a graduate of VCA School of Film and Television.

She frequently collaborates with her husband, director and co-writer Gregory Erdstein –Foulcher is best known for the indie break-out comedy That’s Not Me, which was released in cinemas across Australian in 2017 to rave reviews. Appearing in every scene of the film, sometimes twice, Foulcher’s performance has been met with widespread critical acclaim. 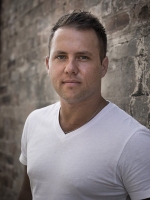 Mitchell Stanley graduated from the Actors Pulse – Meisner Method Acting in 2002. He managed the Acquisitions department for National Indigenous Television where he directed his short film Aesop’s Way as part of the Lester Bostock initiative with Screen NSW and Metroscreen, and produced The Biggest Post for Director Elizabeth Wymarra, both selected for the Adelaide Shorts Festival.

He went on to produce the Aboriginal and Torres Strait Islander series Move It Mob Style for NITV and ABC3. Stanley produced Colour Theory with Richard Bell, an eight-part documentary series that received pick of the weeks in The Australian, The Herald and outstanding reviews in The Age.

He recently produced Servant and Slave, a television documentary with director Steven McGregor which won both at the Melbourne International Film Festival and Antenna Documentary Film Festival in 2016. 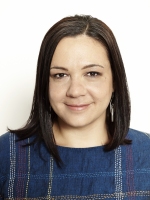 Penny Smallacombe is a Member of the Maramanindji people, from the Northern Territory. She has completed a cadetship with the Australian Broadcasting Corporation (ABC) and has a Masters of Arts (Documentary Producing) from the Australian Film Television and Radio School (AFTRS) in Sydney.

At AFTRS, Penny produced two documentaries – Roger and A Change of Heart. A Change of Heart was nominated for a Dendy Award and played at several International film festivals including IDFA. Between 2004 and 2005 Penny worked in the Indigenous Programs Unit at the ABC, where she produced and directed for series 6 & 7 of Message Sticks. Penny’s ABC stories Leila Murray and the Long Grassers were nominated for Human Rights awards.Penny also produced the ABC’s highly successful Yarning Up series 1 and 2 and was a part of the Screen Australia Indigenous Department’s Producers Initiative in 2011.

She produced a series of shorts called The Forgotten Ones in 2010, directed by prisoners from the NT, and before beginning her role at Screen Australia, Penny was working as a Senior Programmer for NITV, National Indigenous Television, a division of SBS and is currently the Head of Indigenous at Screen Australia. 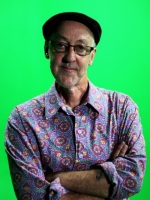 Dr Trevor Graham has worked as a writer, producer and director of documentary in the Australian industry for over 30 years. His documentaries have been screened and broadcast nationally and around the world. He has made numerous co-productions and commissioned works for Channel 4 and the BBC (Britain), WGBH (America), ARTE (France/Germany), AVRO (Netherlands), SBS and ABC TV (Australia). In 1997 Graham wrote and directed Mabo Life Of An Island Man, a feature film about Indigenous land rights in Australia. The film won the Australian Film Institute Award for Best Documentary and won both the prestigious NSW Premier’s History Award and the NSW Premier’s Award for Best Screenplay.

In 2016 he co-produced and directed Monsieur Mayonnaise for the Melbourne International Film Festival and ZDF-ARTE. The feature documentary screened in the Berlinale’s Culinary Cinema in 2017. 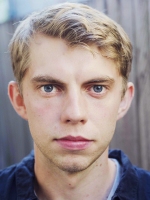 Harry graduated from the National Institute of Dramatic Art in 2012. Harry’s film credits include Mel Gibson’s Hacksaw Ridge, Kokoda and 8.

His short film credits include Pacific, The Water Diary, The Gift, The Unlikely Maestro and Steve The Chameleon. For TV he has appeared in Old School and Gallipoli. 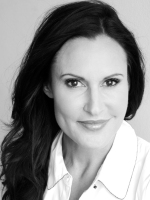 Renée Brack is a versatile journalist and screen producer with 20+ years experience in film TV, print and digital.  For most of the 21st century so far, she was a producer and host at subscription TV service, Movie Network Channels working on six cinema-based programs.

She worked on 350+ episodes of Movie Juice interviewing filmmakers ranging from fresh, new independent directors such as Steve McQueen who went on to win the Best Motion Picture Academy Award® in 2014 for 12 Years A Slave.

She currently lectures in film studies and production at SAE Creative Media Institute and has a slate of screen productions in development. She is a frequent guest speaker, MC, social commentator and continues to be a fervent film buff. 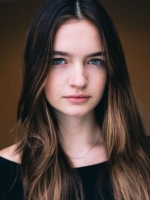 Mitzi Ruhlmann made her feature film debut in the coming of age film Boys in The Trees, which had its premiere at the Venice Film Festival and also screened at TIFF in 2016 followed by Damien Power’s debut thriller Killing Ground, which premiered at MIFF before its North American debut at Sundance.

She made her television debut in 2010 when she joined the cast of the popular Australian series Home and Away. She then followed up with roles in ABC’s Hiding, The Code, opposite Lucy Lawless. Foxtel’s SLiDE & the International Emmy-nominated children’s series Dance Academy.