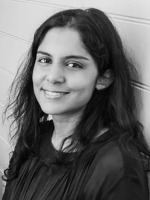 Sheila is a producer with a background in entertainment law. She produced the award-winning feature film Ali’s Wedding in 2016 and prior to this produced a number of acclaimed short films.

Sheila has worked in development at Scott Free, Ridley Scott’s London-based production company, and also as a Development Executive for Screen NSW and Screen Australia. 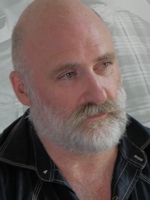 His documentary Bodywork had a successful theatrical run in addition to winning best documentary at Melbourne Film Festival and an ATOM Award and received rave reviews in both Australia and the UK.

He has also directed over 120 episodes of high end Television shows, from Bananas In Pyjamas to the popular true crime series Underbelly – most recently the miniseries Dead Lucky (2018) starring Rachel Griffiths for SBS / Subtext Pictures which has sold to Sundance TV for their subscription streaming service Sundance Now. 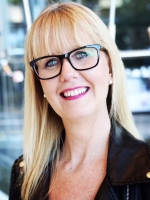 Annmaree Bell is the producer and co-founder of Azure Productions, with near 20 years project management experience Annmaree most recently completed feature film Teenage Kicks with writer/director Craig Boreham which premiered at the Sydney Film Festival. 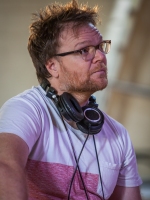 Heath Davis is a multi-award winning filmmaker and teacher. Most recently, Davis wrote, directed and produced the Australian feature film Book Week in conjunction with Screen Australia. Book Week recently premiered to sold out sessions at the Melbourne International Film Festival with Bonsai Films’ Jonathan Page (Mary and Max, The Babbadook) releasing the film theatrically across Australia. Book Week is Davis’ sophomore effort following 2016’s award winning drama Broke. The critically acclaimed Broke, which was named in THE GUARDIAN’S Top 10 films of 2016, was released by Bonsai Films. It has played at over 60 international film festivals and has garnered numerous awards including Best Film, Best Director, Best Screenplay, Best Actor and Best Actress. In 2017 Broke enjoyed a limited UK and North American theatrical run before a worldwide VOD release.

Davis just completed principal photography on a multi million-dollar Australian crime/thriller called Locusts, which he not only directed but also co-wrote and produced. 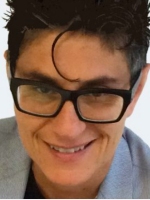 As Create NSW Director of Screen Investment, Engagement and Attraction for the past two years Sophia Zachariou led the Screen program since the merger of the two agencies and prior to that was the Head of Development and Production at Screen NSW. During her time at Create NSW, Sophia oversaw the launch of the Made in NSW production fund of an additional $20 million dollars for feature films and TV Drama as well as an increase in core funding for screen development and production. These have included the award-winning productions such as Warwick Thornton’s, Sweet Country, Rachel Perkin’s Mystery Road and Bruce Beresford’s Ladies in Black.

She was also integral in securing the international box office hit, Peter Rabbit for the state. Prior to joining Create NSW, Sophia commissioned and executive-produced hundreds of hours of television across all genres and was previously Deputy Head of Entertainment ABC TV.

Prior to her time at the ABC Sophia was the producer of the legendary short film series Eat Carpet for SBS, and as an independent she produced Australia’s first short film initiative for smartphones, Micromovies, in 2004. Sophia joins Bunya Productions from January 2019 in the newly-created CEO role. 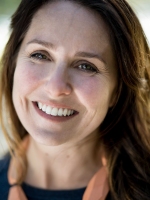 Bridget Callow Wright is an award-winning screen producer with a focus on scripted narrative film and television.

She has produced three feature films,and is currently producing her first television show for STAN.

Her most recent feature drama, The Butterfly Tree premiered at Toronto in 2017, was nominated for 3 AACTAS, won best film at CIAFF, and has sold around the world. She has a wide network of international and local financing and producing partners, in-depth knowledge of the international content marketplace and an extensive physical creative producing skill set.

She currently has several feature film and television projects in development with support from Screen Queensland and Screen Australia. She holds a Masters Degree in Screen Business. 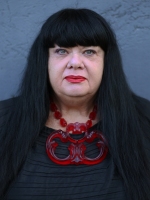 Wallworth has been awarded an International Fellowship from Arts Council England, a New Media Arts Fellowship from the Australia Council for the Arts, the inaugural Australian Film, Television and Radio School Creative Fellowship and the Joan and Kim Williams Documentary Fellowship. She has been awarded a UNESCO City of Film Award, the Byron Kennedy Award for Innovation and Excellence, and in 2016 she was named by Foreign Policy magazine as one of the year’s 100 Leading Global Thinkers. Wallworths’ most recent VR works have been developed at the invitation of indigenous communities.

Wallworth has been a frequent advisor to Sundance Institute Labs and the HIVE Labs in Australia and is a newly invited member of the World Economic Forums’ Global Future Council on Virtual and Augmented Reality.

Jeanie Davison manages the Documentary Development slate at Screen Australia, as well as overseeing initiatives including the ABC Art Bites series and Doculab, a talent incubator initiative with the South Australian Film Corporation.

Prior to joining Screen Australia, Jeanie spent 10 years in the UK producing TV programmes for the BBC, ITV, Channel 4, Sky and Five, before taking on Head of Factual and Head of Development roles for leading independent production companies in Australia, New Zealand and the UK.

She also has extensive experience producing and directing TV and digital content around the world for high-profile non-profit organisations including UNICEF, Amnesty International and Comic Relief. 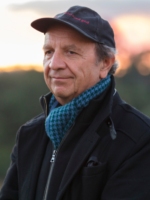 Mark Joffe has directed six feature films to critical acclaim and commercial success and over one hundred and twenty hours of quality television drama.

In 2016 – 2018 Mark directed multiple episodes for the top rating Jack Irish, the mini-series House of Bond and House of Hancock, screening to huge ratings and receiving an ADG Best Director nomination. Other television work includes the BBC Worldwide telefeature Dripping in Chocolate (nominated Most Outstanding Drama 2013 ASTRA Awards) and the mini-series A Place to Call Home. Mark received his first award for the first mini-series he directed – The Great Bookie Robbery – winning the AFI Best Mini-Series and Best Director. Mark has also directed numerous music videos, documentaries and further mini-series. 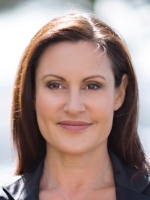 Renée Brack is a versatile journalist and screen professional with 20+ years experience in film TV, print and digital.

Highlights included interviews with Morgan Freeman, Quentin Tarantino, Cate Blanchett, as well as John Seale ACS, and Dean Semler ACS. Renée has written, produced and directed five short films and scripted two plays produced on stage in the world’s largest play festival, Short+Sweet and has recently finished a 360 experience of dementia for the documentary Ticketyboo: A Secret in Plain Sight.

She is also completing a postgraduate research degree with a focus on documentary and VR scripting practice. She scripted the winning short film Red Handed which has screened in multiple international film festivals and has a small slate of screen productions in development.

On some days, she lectures in film studies and production at SAE Creative Media Institute. She is a frequent guest speaker, MC, social commentator and continues to be a fervent film buff. 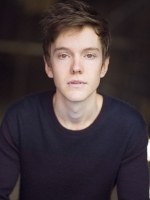 James Fraser made his Australian feature film debut in December Boys, in the lead role of ‘Spit’ playing opposite Daniel Radcliffe. He went on to appear in such TV series as Devil’s Playground, Anzac Girls, Deadline Gallipoli and Black Comedy. James’ feature film credits include Sleeping Beauty, The Turning and Russell Crowe’s The Water Diviner.

In 2012 James studied at AFTRS, where he discovered his passion for the other side of the camera. He has since directed a range of Music Videos, Short Films and Commercials. 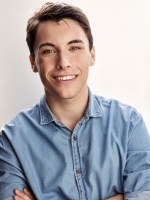 Miles Gibson is a filmmaker and past FlickerUp award winner, taking the best senior film award for his film Malcolm & John in 2016. Since then he has gone on to write and direct numerous other award-winning short films.

Miles attended the Victorian College of the arts to study Screenwriting in 2017 and the Australian Film, Television, and Radio School in 2018 to study filmmaking.

He is an assistant editor, recently wrapping on an upcoming feature documentary about the race car driver Jack Brabham.

When not behind the camera, Miles enjoys writing and painting.