The countdown has begun – and it’s for something far more exciting than Santa.
It’s only 21 sleeps until FLiCKERFEST 2017 lands on Bondi Beach, transforming Bondi Pavilion into ‘The Home of Great Short Film’!The Flickerfest elves have been busy in the workshop finalising the program, which we’re excited to announce has now gone to print.
You can see the full selection 2017 Programme online here.The Full Flickerfest programme is now live and we are thrilled to present a truly outstanding selection of shorts from Australia and across the globe! Programmes screening this year in competition include our Australian, International, Documentary, GreenFlicks, Windows On Europe and SAE’s FlickerUp youth competitions and our much loved showcases of FlickerKids, Oscars, Love-BItes and Short Laughs programs. We even had to add an extra session of Australian shorts this year, as the standard of our local filmmakers was just too high!

The perfect Christmas gift – tickets for FLiCKERFEST 2017 – on sale now!
Including our fabulous Opening Night Screening and Party which always sells out, so be quick! 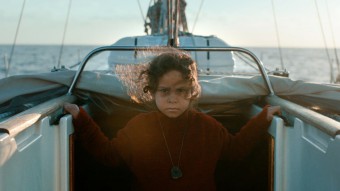 This year we’re thrilled to announced our International Competition programme takes you around the world to a wide range of countries including Myanmar, Iceland, Colombia, Kosovo, Syria and Russia.Home (director Daniel Mulloy, Kosovo) follows an English family as they appear to leave for a holiday as thousands struggle to get into Europe, Ready to Assemble (director Astrid Thorvaldsen, Erik Paulsen, Norway) answers the age old question: is IKEA just a conspiracy designed to test relationships?My Life I Don’t Want (director Nyan Kyal Say, Myanmar) is an animation based on true accounts of life from this bustling and mysterious country. During a holiday cruise a Swiss sailing yacht encounters a sinking refugee boat in Bon Voyage (director Marc Raymond Wilkins, Switzerland).

We are very proud to have 27 female directors across our Australian program and an all star line up including Kate Winslet, Guy Pearce, Brendan Cowell and Frank Woodley.

2017 promises to be a bumper year of firsts! Be the first to catch over 65 Australian premieres and 25 World premieres across a range of documentaries, comedies, romances, animations and more.