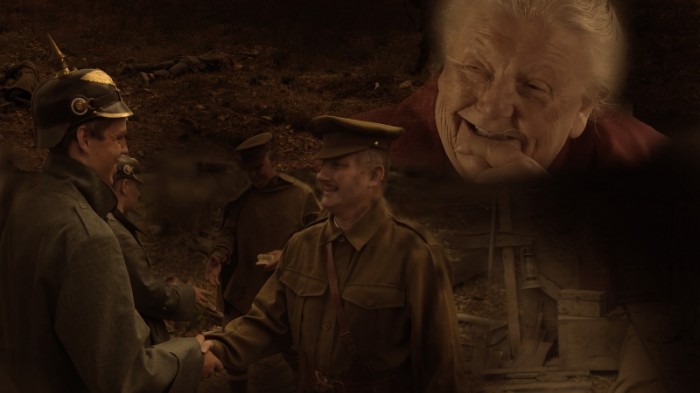 “Bullets to Buttons” tells the story of Sheelagh Gilles’s Great Uncle, JB Holmes who as a teenager was a member of the North Irish Horse Calvary Unit. As a 14 year old who lied about his age, JB participated in the Christmas Day Truce on 1914 in Belgium. After losing the buttons on his clothing during an artillery bombardment he was gifted some new ones from a German soldier, which had been fashioned from lead bullets.