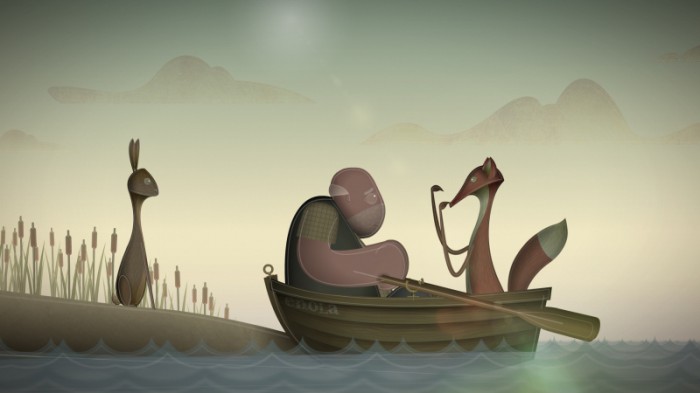 Take Rabbit is a humorous take on an age-old conundrum – a man attempts to transport some unlikely passengers across a river in his tiny boat but soon realizes he’s taken on more than he bargained for. The film features the vocal talents of top British actors Stephen Graham, Amelia Bullmore, Steve Pemberton and Matt Berry.
AUSTRALIAN PREMIERE