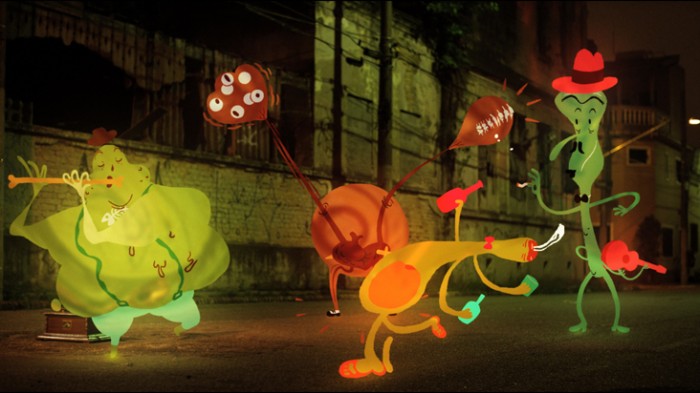 Every night at 3:33 all clocks stop and time is frozen for a moment. During what is a fraction of second to mortal eyes there is a second night, a magical one where the spirits of the cit come out to play. That is the story of the eternal battle for the soul of Sao Paulo, the clash between bohemia and authoritarianism, between comedy and horror.

The Master’s Voice: Caveirao will also be considered for the Flickerfest Award for Best International Short Film (Academy® Accredited) selected by our prestigious International Jury.