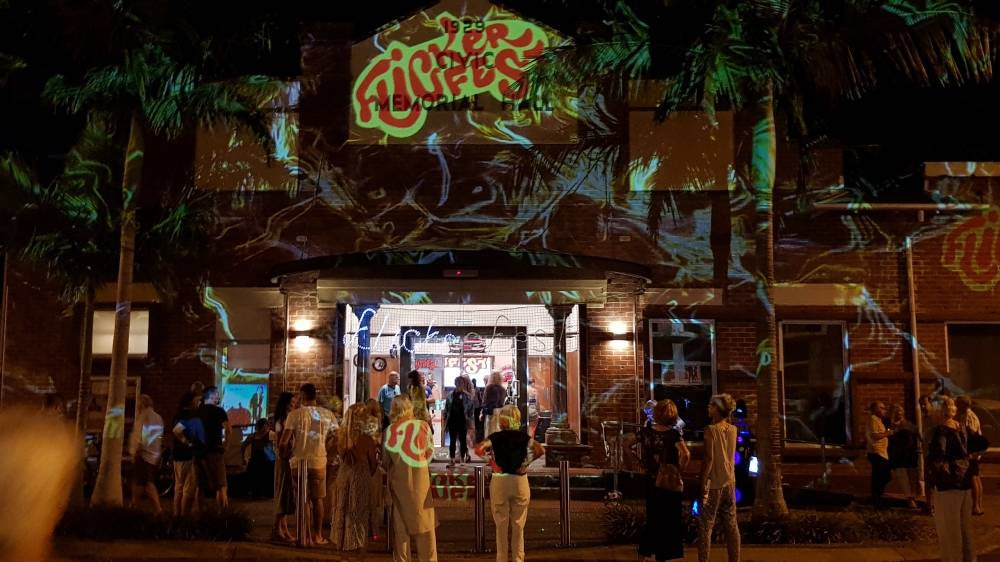 The Flickerfest 2020 tour is in full swing, kicking off last weekend with 4 fabulous screenings across 3 days at the Civic Hall in Mullumbimby.  Alongside some fabulous short film highlights from the Bondi competition programmes was the Byron All Shorts competition in partnership with IQ inc featuring short films from local filmmakers.  Check out all the winners at here.

The Tour will be heading to a town near you with local shorts featuring at select locations, networking drinks, masterclasses, filmmakers introductions and more.

See below for some of our tour stops or go to flickerfest.com.au/tour for full details of a tour venue near you!

The Flickerfest Tour heads to the Mercury Cinema in Adelaide this Saturday showcasing the Best of International Shorts and the Best of Australian Shorts programmes.

Amongst the line up is some hot shorts from Adelaide filmmakers, giving audiences the opportunity to see and support local filmmaking talents including Meanwhile, At The Abandoned Factory from previous Flickerfest Best Australian Short Animation winners Michael Cusack and Richard Chataway,  the hilarious The Circle Of Life from Dave Wade, Anna Bardsley-Jones and Maxx Corkindale and the wonderfully quirky 37 Things, directed by Zane Roach about a man with a brain condition that prevents him from ever knowing more than 37 things. Meet the filmmakers in between sessions for drinks.

The National Tour will also be heading to The Crossing Theatre in Narrabri on the 8th of February also showcasing the Best of Australian Shorts and the Best of International Shorts programmes giving North West NSW the chance to see some amazing award winning short films from around Australia and the world.

Highlights include the endearing Elders, officially selected for Berlin International Film Festival, from Director/Actor Tony Briggs (The Sapphires) in which two Elders feel their grandson is ready to start learning vitally important lessons that will equip him with the tools to maintain the future survival of his culture and the beautifully animated Mémorable from France which was awarded Best International Animation at Flickerfest 2020 and which is currently nominated for an Academy® Award for Best Short Animation.

Flickerfest, will once again be bringing the Best of Melbourne Shorts programme, a selection of entertaining, inspiring and award-winning films hand-picked from the festival’s 3,500 entries from local filmmaking talent back to the Kino Palace Cinema in Melbourne on the 12th of February.

Highlights from the Best of Melbourne Shorts include the fabulous winner of the Best Australian Short animation award at Flickerfest 2020, Rebooted directed by Michael Shanks about a movie-star who just so happens to be a stop motion animated skeleton monster, coming to terms with aging and Brendan Young’s The Widow starring Steve Bastoni (Neighbours, Wentworth)and Daniela Farinacci (Lantana, Glitch) about a Sicilian widow who fights for her life when members of the local Calabrian Mafia murder her husband and try to seize control of his produce business.  This will be The Widow’s Melbourne premiere. Join us after the screening for a fully catered afterparty and rub shoulders with some super talented Melbourne cast and crew while enjoying drinks from our generous partners Rosnay Organic Wines, Gage Roads Brewing Co and Parkers.

JOIN US FOR THE FLiCKERFEST MASTERCLASSES SERIES PRESENTED BY SAE INSTITUTE

FLiCKERFEST director & distribution manager Bronwyn Kidd, has arguably watched more short films than most over the past 20 years.

In conjunction with SAE Creative Media Institute, Bronwyn will be presenting her exclusive Masterclass series. Join us as she shares her expertise and some of her favourite classic Flickerfest shorts. If you are making short films, it’s vital that you understand the trends and tastes of the festival circuit this year.

For more information and to register your attendance please visit sae.edu.au/events