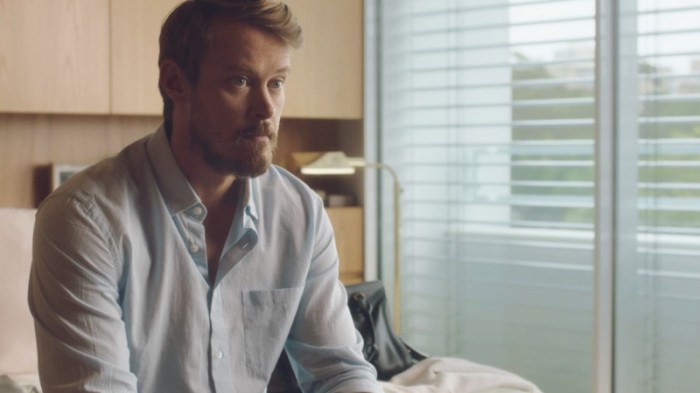 Tim, putting the final touches on his ‘Vol 7 – Songs for and about Em’ CD mix (his annual anniversary gift to the love of his life), joyfully discovers a letter from Emma’s gynaecologist. It can only mean the good news that she is pregnant – something they have been trying to do for a long time. Playful banter quickly descends into harsh accusations as they dance around each other, searching for the truth, seemingly too ugly to bear. Alone, Tim comes upon a mother and son and in their interaction, realises what Emma had really done. What appeared to be betrayal was, in truth, the highest love and greatest sacrifice.