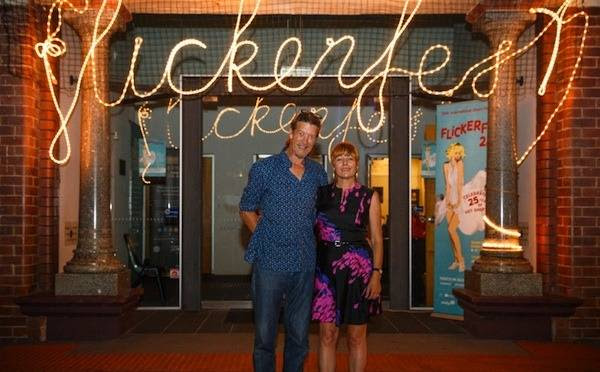 Our National Tour is off and running!!!

The National Tour from the 25th Flickerfest Festival kicked off with a great start in Byron Bay/Mullumbimby and Murwillumbah at the end of January and is now heading to Narrabri  in country NSW and the west coast of Oz to Jurien Bay, this weekend.

Then it’s all systems go as we then hit the screens the following weekend in QLD with Brisbane (Thurs 11- Sat 13 Feb) and Noosa (Fri 12 Feb).

Our Best of Australian Shorts programme, full of hot shorts from the Australian competition is showing in all venues, with 2 programmes of International shorts also screening at some, including several Academy® Award nominated films in the mix!

Catch Flickerfest at a venue near you this summer and help spread the word as our tour powers across the country bringing the hottest shorts in the world to 50+ venues!

Our Flickerfest 2016 Closing Night Awards were handed out to a full house, with many filmmakers in attendance.

The eye-catching Flickerfest trophies went to Australian and international films in competition, judged by our juries to be the best in the festival!

Winners were certainly grinners at the Closing Night Awards ceremony. Filmmakers from winning shorts The Orchestra,Slingshot, Woof!, Red Rover and Reg Makes Contact all showed their delight at scooping the prizes.

Check out all the pics from Closing Night at Flickerfest 2016 >>

Flickerfest on Tour in the Northern Rivers region

We’ve had some great sessions already on the national tour which kicked off in the Northern Rivers region last week. Our Byron Bay screenings in Mullumbimby saw sell-out audiences and actor, director and writer Wayne Blair (The Sapphires) made a special visit for FlickerLab which delighted local filmmakers!  The Byron All Shorts competition saw plenty of winning films from local filmmakers.

In Murwillumbah, we screened 2 locally-made films from the Byron All Shorts competition, (The Plover and The Battle, which also screened in the Documentary comp in Sydney) and filmmakers were there to introduce their films to appreciative audiences!

Check out the pics from Flickerfest in Byron Bay & Murwillumbah >>