Film loving fans across Australia are in for a treat this week as the Flickerfest Tour travels far and wide.

We are super excited to be returning to the Kino Palace Cinema in Melbourne with our special showcase programme – the Best of Melbourne Shorts, a specially curated programme of 10 shorts from Melbourne filmmakers, celebrating Victorian film talent.  Many of these filmmakers were unable to attend the premieres of their shorts at Flickerfest Bondi due to Covid-19 border restrictions, making this screening all the more special with the opportunity to share their creations on the big screen with friends and family and their fellow Flickerfest filmmakers.

Highlights of this incredible programme includes Sarah-Jane Woulihan’s Objects Of My Disaffection, creatively exploring a young mother’s journey as she externalises her feelings of loss and resentment through the family’s possessions, the stunning supernatural thriller and modern day witch story The Familiars directed by Millicent Malcolm and Alex Lowes’ hilarious story of a grandma obsessed with her demented pug in Pugs Before Drugs.  Meet the filmmakers & toast to Flickerfest’s 30 years with a complimentary Gage Roads Beer, Rosnay Organic wine and Parkers Organic Juice on arrival. On Thursday evening we return to Alice Springs across four fabulous nights of magical cinema from the 15th to 19th of April at the Araluen Arts Centre  Grab your swag and join us under the stars on the Araluen Circus Lawns and catch the Best of International Shorts programme featuring awe inspiring stories from across the globe including the stunning #flickerfest2021 Best International Short Film Award winner The Present from Palestine, currently nominated for an Oscar and the super quirky David officially selected for Cannes starring comedy legend Will Ferrell.

On Friday evening we get the weekend rolling with our fabulous Short Laughs Comedy programme featuring hilarious, side-splitting shorts from Australia and the world including the hilarious Grab Them from Sweden, the story of Sally whose search and quest for love has been complicated by the fact that she resembles ex American president, Donald Trump. 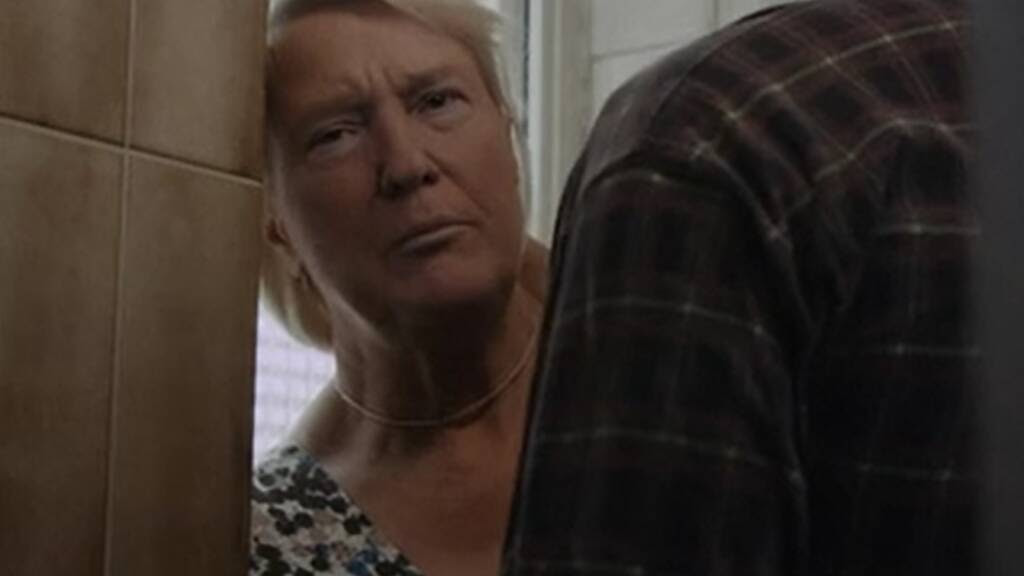 On Saturday night catch the very best in homegrown stories as Flickerfest presents its Best of Australian shorts programme, a stellar selection of the best, most captivating award-winning short films from across Oz.

Monday evening we are delighted to share with you our Best of Indigenous Shorts programme, an incredible collection of some of our country’s most talented and creative Indigenous filmmakers from over the past 30 years, curated by Alice Springs local and Flickerfest alumni Dylan River from the films that have influenced his own filmmaking practise including films from Warwick Thornton, Erica Glynn and Bec Cole shot around Alice Springs. Dylan’s creative partner in his production company ‘Since1788 productions’, fellow Alice Springs local Tanith Glynn-Maloney producer of the award winning short Nulla Nulla screening on the night will be along to introduce the films. On Friday evening we also land at the Palace Electric Cinemas in Canberra for one night only to present a very specially curated Best of Australian Shorts programme.  The programme features an incredible collection of short films from super-talented Canberra born and raised creatives, many of whom will be joining us at the screening to introduce their films. Meet the filmmakers in Canowindra too as the Flickerfest Tour heads there in collaboration with our wine partners Rosnay Organic Wines.  Friday night celebrate the start the weekend off with the Sold-Out Best of Australian shorts programme which includes the charming Dust Cloud, directed by Cowra local, Trudi Houston.  Dust Cloud was filmed in the central western region in early 2020 and “It’s a tale about what happens when a talented working dog finds himself in unfamiliar surroundings” says Houston. The film stars lots of locals alongside leading actress Sandy Gore ( Brides of Christ, Australia) who hails from Mudgee and Father and son Cowra duo, Pete and Ben Watt who play the farmer and young farmhand respectively.

With the Friday screening sold out, there is still the chance to catch this delightful film as it screens as part of the family-friendly FlickerKids programme on Saturday night as well as when the Flickerfest Tour returns to Canowindra on Friday 30th April with our Short Laughs Comedy programme.  All adults tickets to any screening includes a free glass of Rosnay wine and the chance to hear from local filmmaker Trudi Houston and meet some of the stars of the film.

This weekend we also head north to Tropical Airlie Beach across two wonderful evenings at the Airlie Beach PCYC with some special homegrown Queensland shorts in the mix.    A collaboration with our friends at Rotary Airlie Beach, we will be showcasing the Best of Australian Shorts programme on Friday evening, including the stunning Liquid Moonlight, co-directed by Brisbane actress Anna McGahan. On Saturday evening catch the Best of International shorts, a collection of award-winning shorts from across the globe alongside the hilarious smash-hit comedy Smashed from Brisbane filmmaker Tyson Yates.

Phew, that’s some amazing programmes in store for audiences across Australia this week and there is still plenty more touring to come so head to our website for more information on these and all Flickerfest venues in the coming months.

See you soon on the short film road with special thanks to our government tour partners Screenwest, Screen NSW, Screen Queensland, Screen Territory and Screen Australia for their support.