Flickerfest on route to Katherine, Alice Springs, Huskisson and Sawtell! 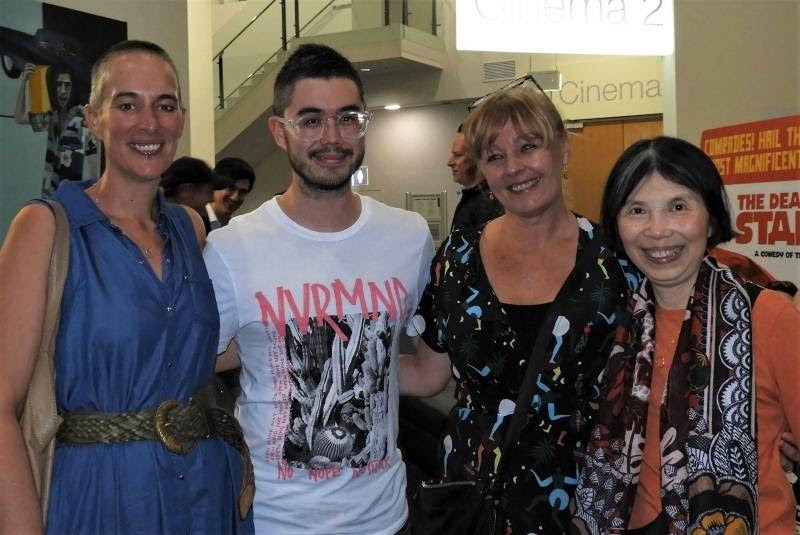 Thanks to everyone who came and joined us at HOTA on the Gold Coast last Thursday as we bought the short films Mother, Child and Patty Lovesick home to the Gold Coast to share with local audiences who came out in droves to support their local filmmakers!  A successful Q & A with the filmmakers followed the screening giving audiences an insight into the productions.

This weekend we head to the red centre stopping off first at Katherine Cinemas in Katherine, showcasing the Best of Australian shorts programme and then heading down the Stuart Highway to Alice Springs where we will set up camp at the Araluen Arts Centre for 3 amazing nights of short films under the stars featuring the best short from around Oz and across the globe!

To Katherine and Alice we will be taking with us Coat Of Arms from local Alice Springs filmmaker Dylan River and our Flickerfest Best Australian Animation and Best Screenplay winner, the beautiful After All will also screen in the Best of Australian shorts programme.

In Alice Springs we will also be showcasing our Best of International Shorts programme including the BAFTA nominated Wren Boys, a story centred around gay marriage out of Ireland and the Short Laughs Comedy programme featuring the hilarious Your Call Is Important To Us starring funny-man Andy Lee of Hamish & Andy fame!

We are also hitting the NSW Coast this Saturday night with a stop off at the Huskisson Pictures in Huskisson, featuring short films from two local filmmakers as part of our Best of Australian Shorts programme.  Coming of age short Buoy, filmed in nearby Kiama and co-directed by Justin McMillan who grew up in the area, will screen alongside the stunning Indigenous Western Miro from nearby Kangaroo Valley resident Victoria Wharfe-McInytre who will be in attendance to introduce the film.

For those a little further north in Sawtell we are showcasing our hilarious Short Laughs Comedyprogramme at the Majestic Cinemas which includes our Best Australian short film award winner, the incredible musical On Hold, with the films Musical Director Matthew Predny in attendance to introduce the screening.

All of these fantastic shorts will screen as part of our Best of Australian shorts programme.  Come and join us and help support your local filmmakers as we flick around the country!  We are bound to be coming soon to a town near you, check out our tour page for more details!!